as well as duo, and up to a 4 piece band - if your venue requires it. 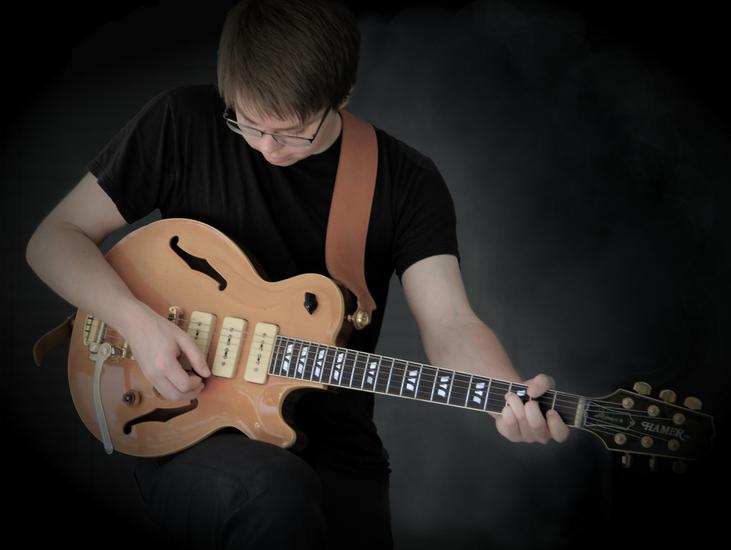 Mason Williams has been immersed in music since before he was born. His grandparents and great-grandparents made their living in the world of music throughout their lives and somehow managed to transfer the appropriate genes to Mason.

At the young age of 6, Mason would be exposed to a giant billboard with a smiling young man and his shiny red electric guitar while on his way to school. After a short period of time, marketing worked its magic and Mason soon began asking for guitar lessons, and then, finally demanding them. His first lesson started at age 7 and he has been playing ever since.

Natural talent, combined with curiosity and instinctive drive, steadily improved his muscle-memory and musical skill all throughout his school years.

THE NEW KID IN TOWN:

After college, Mason re-located from the St. Louis area to Naples, Florida, where he immediately started seeking gigs with nothing but his guitar, amp, and skill way beyond his years. He could be seen performing solo guitar work on the sidewalks at Mercato and various other venues around the Naples area.

PLAYS WELL WITH OTHERS:

The more people saw him perform, the easier it was to get work, and with his skill level, Mason was soon performing with some of the best musicians in the area, including one of the best vocalists in town, Kelly Clinger, who just happened to be a distant relative.

The early years in Naples steadily increased his skill and repertoire resulting in steady employment doing what he loves to do, and Mason loves the ability to entertain, but he realized that there was more to the music business than just performance.

BUILD IT AND THEY WILL COME:

He turned his attention to the studio side of work by designing and building his recording studio where he produced digital albums and music videos.

That brings us to today, Mason uses his studio to write new, original music and provide a recording atmosphere that promotes the best production values and product quality.